Bearsden, just to the north of Glasgow, lies on the course of the Antonine Wall. When work was starting on the development of some flats in the early 1970s (on the site of the Bearsden Roman fort) excavation was carried out and a bathhouse discovered. The developers kindly offered the site into the care of the Secretary of State for Scotland.

The fort here was occupied for a very short period--probably around 12 years--before being abandoned.

There are seven rooms (changing room, cold room, cold bath, two warm steam rooms, hot steam room, hot bath and hot dry room) and--in the distant top-right of the image--a nearby latrine. A sewer ran from the latrine under the rampart and into the adjacent ditch. Analysis of the "deposits" shows something of the Roman diet at Bearsden: ground wheat grain fragments, ground barley grain fragments (apparantly used as "punishment rations" for soldiers), figs, corriander, opium poppy seeds, celery, hazel nuts, blackberry, raspberry and bilberry. It would seem that there was very little meat in the local diet. 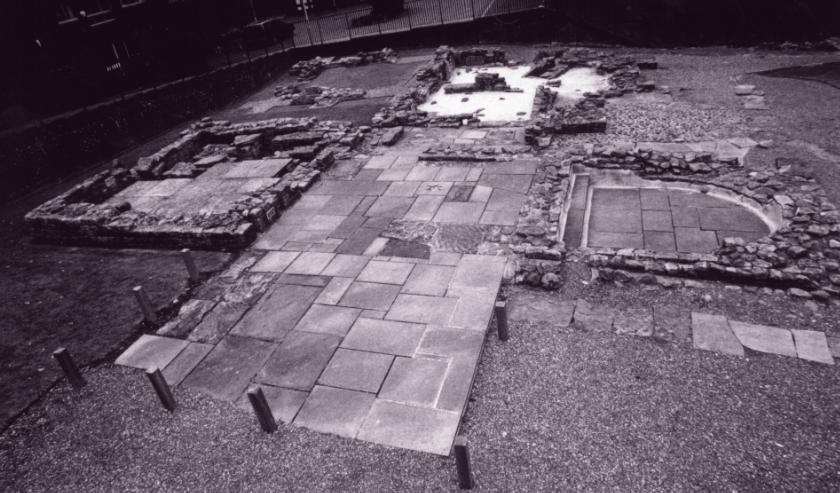 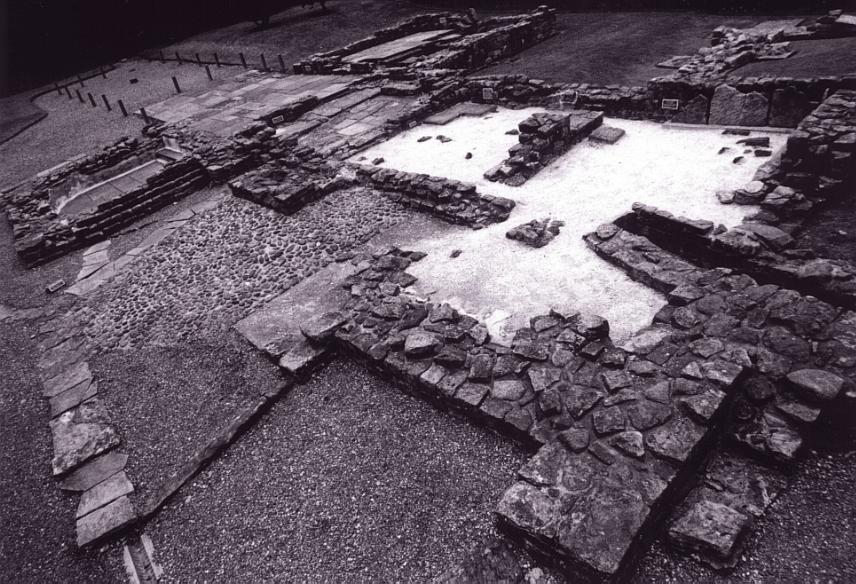